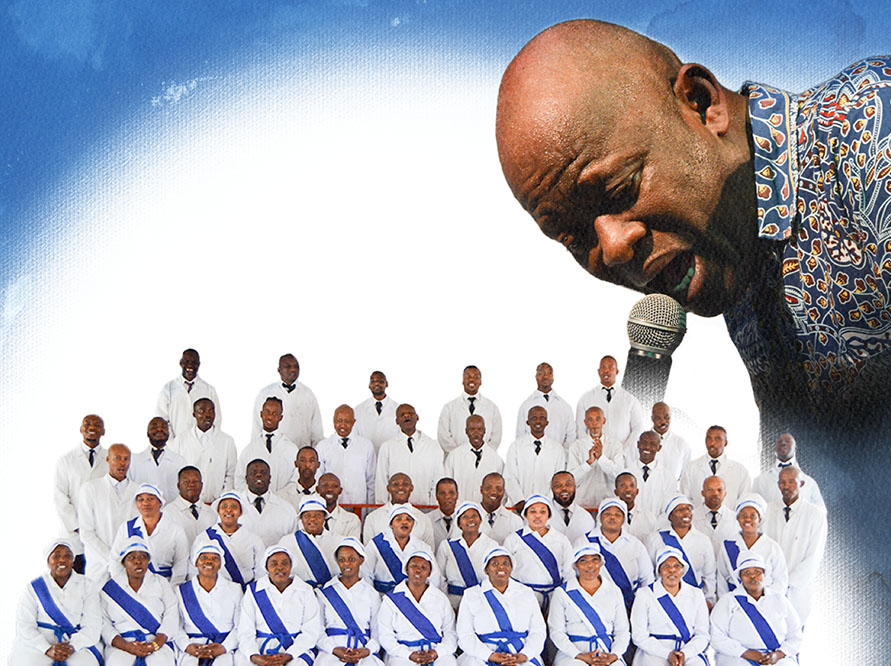 Barorisi Ba Morena affectionately know as the people’s choir – was established in 1965 by a group of 14 Soweteans (Soweto is the melting pot of cultures) who never received musical education as choristers, they were driven by passion and love of worship.

Free thinking and development of African congregations during the 18 and the 19th centuries brought about this unique style of singing that is today popularly known as Mmino wa (Music of ) Clap and Tap, formerly known as Mmino wa Barorisi in the 70s up until early millennium.

Barorisi Ba Morena are pathfinders -the pioneer of this style of music, fusing choral music and signing in different languages. The music embodies the languages and style of the people while joyously uplifting and healing.

After 5 years of being absent, their latest offering promises to be another classic. The new album is called Matshidiso (healing) and the first single is called “Kabelo ya ka” (my beautiful share) in the glory of the Lords presence.